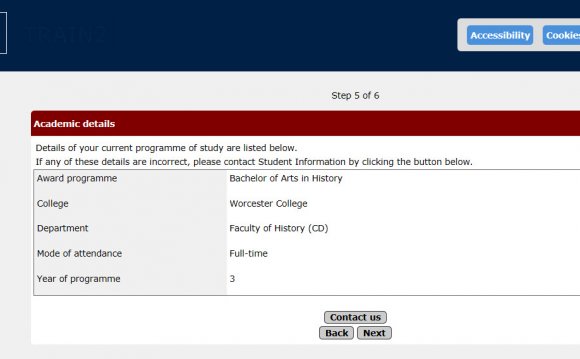 The academic year at Oxford runs from October to June. The year is divided into three terms: Michaelmas (autumn), Hilary (spring), and Trinity (summer).

Michaelmas Term derives its name from the Feast of St Michael and All Angels, which falls on 29 September. Hilary Term is named after the feast day of St Hilary, which falls on 14 January, while Trinity Term comes from Trinity Sunday, which falls eight weeks after Easter.

Full Term is the main undergraduate teaching period at Oxford. It lasts for eight weeks and runs from Sunday of First Week to Saturday of Eighth Week. Weeks of term are designated by numbers, with week 0 (or Noughth Week) referring to the week preceding the start of Full Term.

Ceremonies that take place during the academic year include matriculation ceremonies, which are held at the beginning and end of Michaelmas Term and the end of Hilary and Trinity Terms, and degree days, which take place throughout the academic year.

Annual events, ceremonies and sporting fixtures include the following. Please note that, unless otherwise stated, admittance to these events is restricted.

The Vice-Chancellor’s Oration is delivered shortly before the start of Michaelmas Full Term. The Oration, which is a spoken annual report for the previous academic year, is delivered at a special meeting of Congregation at which the Pro-Vice-Chancellors for the coming year and the Clerks of the Market are admitted to office. The Vice-Chancellor is also admitted at this ceremony in a year in which the holder of the office changes. The text of the Oration is published in the Gazette and formally presented to a subsequent meeting of Congregation.

The Varsity Rugby Match takes place in December at Twickenham. The first match took place in 1872, just one year after the first-ever international match.

A special meeting of Congregation is held each year on the Wednesday of Ninth Week for the Admission of the Proctors and Assessor for the coming year. The outgoing Proctors deliver an Oration, which is published in the Gazette.

Postgraduate study in the School of Architecture at Oxford ...

Economics and Management at Oxford University