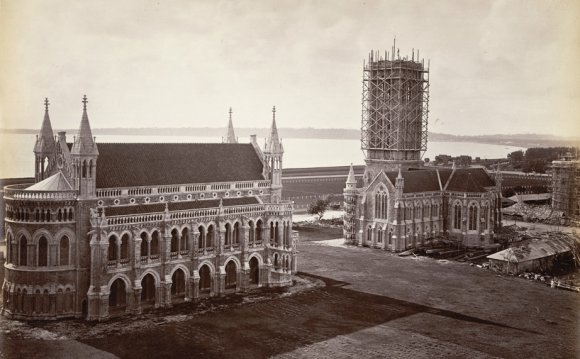 1779
Thomas Jefferson proposes a two-track educational system, with different tracks in his words for "the laboring and the learned." Scholarship would allow a very few of the laboring class to advance, Jefferson says, by "raking a few geniuses from the rubbish."

1785
The Continental Congress (before the U.S. Constitution was ratified) passes a law calling for a survey of the "Northwest Territory" which included what was to become the state of Ohio. The law created "townships, " reserving a portion of each township for a local school. From these "land grants" eventually came the U.S. system of "land grant universities, " the state public universities that exist today. Of course in order to create these townships, the Continental Congress assumes it has the right to give away or sell land that is already occupied by Native people.

1790
Pennsylvania state constitution calls for free public education but only for poor children. It is expected that rich people will pay for their children's schooling.

1805
New York Public School Society formed by wealthy businessmen to provide education for poor children. Schools are run on the "Lancasterian" model, in which one "master" can teach hundreds of students in a single room. The master gives a rote lesson to the older students, who then pass it down to the younger students. These schools emphasize discipline and obedience qualities that factory owners want in their workers.

1817
A petition presented in the Boston Town Meeting calls for establishing of a system of free public primary schools. Main support comes from local merchants, businessmen and wealthier artisans. Many wage earners oppose it, because they don't want to pay the taxes.

1827
Massachusetts passes a law making all grades of public school open to all pupils free of charge.

1830s
By this time, most southern states have laws forbidding teaching people in slavery to read. Even so, around 5 percent become literate at great personal risk.

1820-1860
The percentage of people working in agriculture plummets as family farms are gobbled up by larger agricultural businesses and people are forced to look for work in towns and cities. At the same time, cities grow tremendously, fueled by new manufacturing industries, the influx of people from rural areas and many immigrants from Europe. During the 10 years from 1846 to 1856, 3.1 million immigrants arrive a number equal to one eighth of the entire U.S. population. Owners of industry needed a docile, obedient workforce and look to public schools to provide it.

1836
Slave-owner James Bowie and Indian-killer Davy Crockett are among those killed in the Battle of the Alamo in Texas, in their attempt to take Texas by force from Mexico.

1837
Horace Mann becomes head of the newly formed Massachusetts State Board of Education. Edmund Dwight, a major industrialist, thinks a state board of education was so important to factory owners that he offered to supplement the state salary with extra money of his own.

1840s
Over a million Irish immigrants arrive in the United States, driven out of their homes in Ireland by the potato famine. Irish Catholics in New York City struggle for local neighborhood control of schools as a way of preventing their children from being force-fed a Protestant curriculum.

Massachusetts Reform School at Westboro opens, where children who have refused to attend public schools are sent. This begins a long tradition of "reform schools, " which combine the education and juvenile justice systems.

1848
The war against Mexico ends with the signing of the Treaty of Guadalupe-Hidalgo, which gives the United States almost half of what was then Mexico. This includes all of what is now the U.S. Southwest, plus parts of Utah, Nevada and Wyoming and most of California.The treaty guarantees citizenship rights to everyone living in these areas mostly Mexicans and Native people. It also guarantees the continued use of the Spanish language, including in education. One hundred fifty years later, in 1998, California breaks that treaty, by passing Proposition 227, which would make it illegal for teachers to speak Spanish in public schools.

1851
State of Massachusetts passes first its compulsory education law. The goal is to make sure that the children of poor immigrants get "civilized" and learn obedience and restraint, so they make good workers and don't contribute to social upheaval.

1864
Congress makes it illegal for Native Americans to be taught in their native languages. Native children as young as four years old are taken from their parents and sent to Bureau of Indian Affairs off-reservation boarding schools, whose goal, as one BIA official put it, is to "kill the Indian to save the man."

1865-1877
African Americans mobilize to bring public education to the South for the first time. After the Civil War, and with the legal end of slavery, African Americans in the South make alliances with white Republicans to push for many political changes, including for the first time rewriting state constitutions to guarantee free public education. In practice, white children benefit more than Black children.

1877-1900
Reconstruction ends in 1877 when federal troops, which had occupied the South since the end of the Civil War are withdrawn. Whites regain political control of the South and lay the foundations of legal segregation.

1893-1913
Size of school boards in the country's 28 biggest cities is cut in half. Most local district (or "ward") based positions are eliminated, in favor of city-wide elections. This means that local immigrant communities lose control of their local schools. Makeup of school boards changes from small local businessmen and some wage earners to professionals (like doctors and lawyers), big businessmen and other members of the richest classes.

1896
Plessy v. Ferguson decision. The U.S. Supreme Court rules that the state of Louisiana has the right to require "separate but equal" railroad cars for Blacks and whites. This decision means that the federal government officially recognizes segregation as legal. One result is that southern states pass laws requiring racial segregation in public schools.

1905
The U.S. Supreme Court requires California to extend public education to the children of Chinese immigrants.

1917
Smith-Hughes Act passes, providing federal funding for vocational education. Big manufacturing corporations push this, because they want to remove job skill training from the apprenticeship programs of trade unions and bring it under their own control.

1924
An act of Congress makes Native Americans U.S. citizens for the first time.

1930-1950
The NAACP brings a series of suits over unequal teachers' pay for Blacks and whites in southern states. At the same time, southern states realize they are losing African American labor to the northern cities. These two sources of pressure resulted in some increase of spending on Black schools in the South.

1932
A survey of 150 school districts reveals that three quarters of them are using so-called intelligence testing to place students in different academic tracks.

1945
At the end of World War 2, the G.I. Bill of Rights gives thousands of working class men college scholarships for the first time in U.S. history.

The History of the Solar System Model

Schools of Yesteryear - One School System, Two Sets of Schools