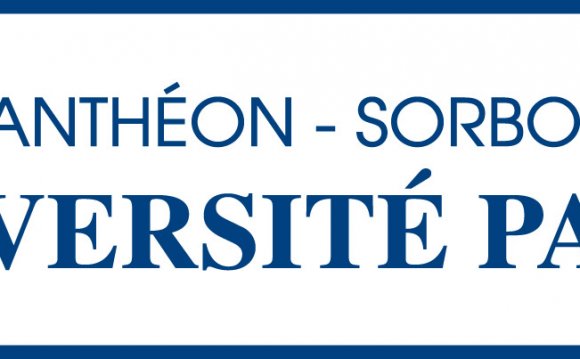 The University of Paris was created at the very beginning of the 13th century, and has inherited its name from the College created by the theologian Robert de Sorbon in 1252. Alongside Oxford and Bologna, the Sorbonne is one of the oldest universities in the world.

With eight hundred years of excellence to build on, the University Paris 1 Panthéon- Sorbonne, a descendant of the Faculty of Law and Economics of the Sorbonne, is one of the most famous and largest universities in France. Some forty thousand students are enrolled in 14 teaching and research departments (Unites de Formation et de Recherche) and 5 Institutes, which offer top level degree courses in law, political science, economics, management and the humanities. The university is principally located in the heart of the Latin Quarter, and occupies part of the Sorbonne and other prestigious French university buildings. Paris 1 is at the center of a rich network of international relations stretching across the five continents and plays a major role in training researchers, academics, judges, lawyers, senior managers and top French civil servants. At the cross - roads of tradition and modernity, Paris 1 is at the forefront of research and education in its fields, and aims to be a major pole of research and education in Europe in the 21st century.

The Faculty of Economics at Pantheon-Sorbonne University is one of the most reputed Economics departments in France and in the world.

In this highly selective educational setting, a new quality education program has been adapted since 2007 for international students wishing to do their Master studies in Economics at the Sorbonne : the PSME.

A program custom-made for international students wishing to study Economics at the Sorbonne.

The PSME program is a first year of Graduate Studies (Diplôme Universitaire), which offers Economics courses taught in English, together with intensive courses in French. The Economics courses correspond to a full program of courses taught in the first year of graduate studies, at what is known as the M1 level in the Bologna European Academic System. The thesis which has to be prepared for the end of the first year corresponds to a MSc thesis. French courses are intended to prepare PSME students to enroll in the 2nd year of Masters studies (M2 level, MPhil) in French. PSME may apply to the regular M2 programs offered by the University of Paris with classes in French and English. Hence, former PSME students who get to the 2nd year level can access one of the most comprehensive M2 programs existing in France, which includes more than 100 different courses, structures in about 20 specialized programs. You can find details about these courses on the website of the University Paris 1.

The teaching staff of the faculty of economics of Paris Pantheon-Sorbonne University is about 130 strong and has a wide array of international cooperation throughout the world, which guarantees a high-level and internationally recognized training. In addition to coursework, students will have the opportunity to participate in several conferences/debates with leading international economists, organised year round by the University.