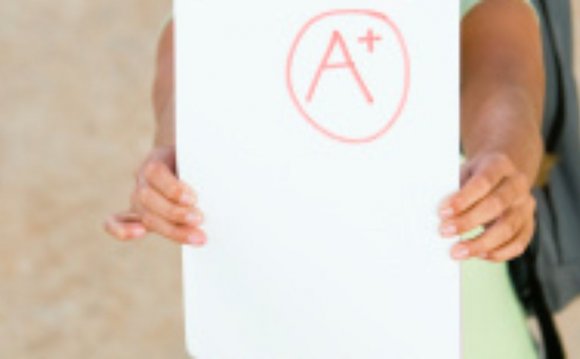 Students are marked on each essay, exam and course taken in each subject studied throughout their 13 years of education (grades K to 12) and the Grade Point Average (GPA) is calculated during high school. In many elementary schools, students’ work may be classified as E, S or U.

All grades are internal and are related to the general standard achieved at a particular school, which usually makes it difficult to compare standards in different schools and states. Marks depend on a range of criteria, including a student’s performance in tests given at intervals during the year, participation in class discussions, completion of homework assignments, and independent projects. Students receive a report card at least twice a year (in some school districts it may be up to six times), which shows their grades in each subject they’re studying.

Commercially prepared tests are also given in many areas at all levels to assess students’ and schools’ achievements, and locally developed end-of-year examinations are given in many schools. Some states, e.g. New York, have state-wide exams prepared by the state department of education. The federal programme, No Child Left Behind, introduced by the Bush administration in 2002, has also encouraged school districts to implement regular testing of children in order to prove the schools are achieving various goals and thus are eligible for federal funding.

Educational standards in the US

High schools maintain a school ‘transcript’ for each student, summarising the courses taken, the grades attained and other relevant data. If a student wishes to go on to college or university, his high school submits copies of his transcript to the college. College or university acceptance is also based upon personal recommendations from teachers, achievements outside school (e.g. extra-curricular and sports achievements), and college aptitude tests. Students in their junior year may take the Preliminary Scholastic Aptitude Test (PSAT), which is a good guide to their chances of acceptance by the college of their choice. They may also take the National Merit Scholarship Qualifying Test (NMSQT), which is used to screen the top academic students in the nation for scholarship consideration.

Students planning to go to college take national college aptitude tests during their last two years in high school, set by various independent institutions. Some colleges also require students to take Achievement (Ach.) Tests. Tests are of the multiple-choice type and aren’t based directly on school work, but are designed to measure aptitude and verbal and mathematical skills rather than knowledge (tests are often accused of testing nothing but a student’s ability to take the test itself).

The best known and widely used tests are the American College Testing (ACT) programme and the Scholastic Aptitude Test (SAT), both of which are recognised by accredited universities to evaluate potential students.

American Schools vs. the World: Expensive, Unequal, Bad at ...

PISA PSA: The Number One Problem with American Schools ...